Executive Director
Edward Bailey joined the United Methodist Foundation of Western Pennsylvania in 2013. He provides strategic leadership for the Foundation’s programs, services, and ministry. Ed is passionate about the local church and promoting best practices in Christian Stewardship. Ed, an ordained Elder in the Western Pennsylvania Annual Conference, is a graduate of Roberts Wesleyan College and has a Master of Divinity degree from the Pittsburgh Theological Seminary. He holds membership in the Association of Fundraising Professionals and the National Association of Gift Planners. He is also a member of the National Association of United Methodist Foundations and serves on its Management Team by leading the Investment Focus Area. He is a past Vice-Chair of the Western PA Annual Conference Board of Pension and Health Benefits, and was previously a Distribution Committee Member of the Carolyn Knox Memorial Trust, a fund that distributed nearly a half million dollars in grants annually. Ed is an active member in the Civil Air Patrol, the U.S. Air Force Auxiliary, and a Black Belt in the World Tang Soo Do Association. Prior to joining the UM Foundation, Ed was a pastor in the Western Pennsylvania Annual Conference for more than two decades. Ed and his wife Tabitha have been married 26 years, have four children, and reside in Economy Borough, Beaver County, which is about 22 miles north of Pittsburgh, Pennsylvania

Administrative Assistant
Scarlett Bridgeman joined the Foundation staff in November of 2018 as the Administrative Assistant. She earned her Bachelor of Science in Communications Media from Indiana University of Pennsylvania and brings over 10 years of office administration experience to the position. In her spare time, she enjoys playing strategy board games, crafting, and baking from scratch. Scarlett is a native Pittsburgher and currently lives in Brentwood with her rescue cat. Associate Director
Michele Cesare Jury joined the Foundation staff in May of 2017 as Associate Director with a focus in the area of finance. Michele brings to the position over 20 years of experience in public accounting and taxation. Michele earned her Bachelor of Science in Business Administration with a Major in Accounting from Duquesne University and holds a Masters in Taxation from Robert Morris University. Michele was a dedicated member of the Foundation’s Board of Directors for ten years and served as chair of the Operations Committee, overseeing the foundation’s financial reporting and funds management policies. Michele is also active in her church, First United Methodist Church of Pittsburgh. Michele, her husband, and their two sons live in Squirrel Hill. 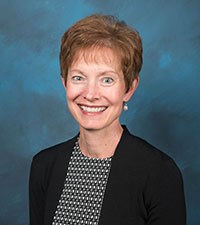 Staff Accountant
Betsy Hohlfelder, CPA, is the Staff Accountant for the United Methodist Foundation of Western Pennsylvania. Her responsibilities include the preparation of financial statements and coordination of the Foundation’s operating budget. Betsy holds an accounting degree from Pennsylvania State University. Before coming to the Foundation, Betsy worked as an Administrative and Audit Manager for Deloitte & Touche. She has served as treasurer for a number of non-profit organizations including Big Brothers & Big Sisters of Greater Pittsburgh, Bower Hill Community Church, Mt. Lebanon PTA Council, and South Hills Interfaith Ministries (SHIM). Betsy and her husband, Alan, are residents of the south hills of Pittsburgh and have two adult children. 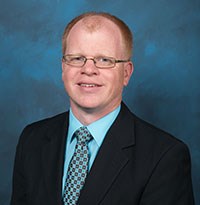 The Rev. Seth A. McClymonds, Jr.

Field Staff Representative
Seth McClymonds joined the United Methodist Foundation as a Field Staff Representative in 2011. As a student in Penn State Behrend’s electrical engineering program, Seth started serving churches in 1993 as a student pastor. After receiving his master’s of divinity degree from Asbury Theological Seminary, he began serving in The United Methodist Church and was ordained in 2004. Seth has continued his professional growth through a variety of educational settings, both formal — achieving a degree in Business from the University of Pittsburgh at Bradford — and informal — through several seminars and conferences, including the Foundation-sponsored Pastor’s Academy on Stewardship. Seth, his wife Beth, and their two sons reside in Warren, PA.

Associate Director
Megan McGee has been with the Foundation since February of 2016 and in December of 2016 transitioned into the role of Associate Director with a focus in the areas of compliance and communications. Megan has a Bachelor of Arts in Political Science from Denison University and a Master of Science in Education from Duquesne University. Her non-profit experience spans the areas of client services, development, data analysis, member relations, and education. She also holds membership in the Association of Fundraising Professionals. Megan is a native Pittsburgher who grew up in the South Hills and currently lives with her husband and daughter in Peters Township. Dean of the Leadership Academy
Rev. Dr. Joe Patterson joined the Foundation as Dean of the Leadership Academy in September 2018. Joe’s focus at the foundation is developing and providing educational programs and activities consistent with the goals and objectives of the Foundation. Recently Joe has lent his expertise to the creation of a certification program designed to produce more effective leadership for congregations. Joe is an ordained Elder in the Western Pennsylvania Conference and has served over three decades as Pastor and Associate Pastor at four United Methodist Churches in the region and most recently served seven years as the Superintendent of the Erie-Meadville District. Joe received his Bachelor of Arts degree from Grove City College, completed his Master of Divinity at The Theological School at Drew University, and earned his Doctor of Ministry from the Pittsburgh Theological Seminary; he also holds a certificate in pastoral counseling from the Pittsburgh Pastoral Institute. A native to Western Pennsylvania, Joe lives north of Pittsburgh in Slippery Rock with his wife LuAnn. Married for over thirty-five years, Joe and LuAnn have two grown sons.